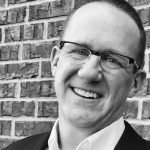 Mark Aubry has been a resourceful and entrepreneurial business owner his entire adult life. Mark founded and ran his first business 25 years ago as a university undergrad and while playing college basketball. For almost 20 years, Mark has focused on building businesses that provide strategic guidance to entrepreneurs, business owners, and physicians by helping them understand, manage, protect, and grow their resources. He’s done this in the fields of construction, wealth management, consulting, telecommunications, biotechnology, and medicine.

Also an educator, as a teacher and adjunct professor, Mark has taught Economics, Psychology, Business Management, Finance, and Entrepreneurship. After five years of teaching full-time, Mark started and ran his own financial planning and wealth management firm, while teaching as an adjunct professor at Illinois Wesleyan University. In his financial planning and wealth management firm, Mark developed and led a team-oriented approach called Beyond Financial Planning and worked almost exclusively with business owners and physicians who owned their own practices. This gave him great insight into two main areas: the business of medicine and the mind of the physician.

While running his financial planning and wealth management firm, Mark and his wife started a charity called Hoops for Haiti, where they used basketball as a means of outreach in Haitian communities. Along with managing the day-to-day operations, Mark led basketball camps and clinics for youth and coaches in Haiti, led fundraising efforts, developed relationships and partnerships with schools, basketball programs, and universities throughout the United States and Canada to collect uniforms and other basketball equipment, and set up basic shipping and receiving centers – in both the U.S. and Haiti – for the collection and distribution of equipment.

After several years of short-term trips, Mark and his wife decided to take a sabbatical from American life for one year. They moved the whole family to Haiti where Mark started several businesses with Haitian partners, advised many Haitians on business and entrepreneurial development, taught a business overview course at a Seminary for Haitians training to be pastors, and lectured in churches, schools, and at civic organizations about entrepreneurship and free market economics.

After the one year sabbatical in Haiti, Mark and his family returned to the United States. Mark consulted on the start up of, and later became the Chief Operating Officer for, Mariam Global Health, a global biotechnology company that had a focus on early stage regenerative treatments, therapies, and devices. As the COO, Mark managed the day-to-day operations, performed pre-investment due diligence, and worked with, developed, and helped build the foundations under the businesses of scientific and medical innovators. It was also Mark’s responsibility to manage a network of global relationships and partnerships throughout Europe, the Middle East, Asia, the Caribbean, and the United States.

Mark spent 5 years focused on regenerative medicine where he has researched, observed, and had an untold number of conversations with scientists, physicians, and patients in the United States and around the world. Rather than focusing on the 20th Century medicine model of trying to put regenerative treatments into the proverbial box, Mark has decided to focus on helping patients and physicians navigate the complexities of regenerative medicine.

It is during these 5 years that Mark also designed and developed a regenerative medicine clinic, where he developed systems, processes, procedures, and protocols for treatments and therapies, as well as for doctors, staff, and patients. While building the regenerative medicine clinic, Mark developed a new system for treating both patients and physicians. The new system realigns economic paradigms, promotes the primacy of the patient-physician relationship, and helps “providers” become physicians again.

Because of his work and expertise in the business of regenerative medicine, Mark has been named to the Advisory Board for Regenerative Outcomes.

Mark is an Impact Capitalist and believes strongly in the virtues of free market capitalism and its incredible potential to make a meaningful difference in the lives of people. He is a co-founder and Chief Evangelist of Impact Capitalist, a company that inspires and provides resources for business owners, entrepreneurs, and physicians who strive to use their business to make a positive impact in the lives of others. In early 2018, Mark developed and launched a business platform specifically for physicians called Impact Physician. This platform helps physicians understand, manage, protect, and grow their business and personal resources as they navigate the complexities of business ownership while pursuing both impact and profit.

Mark has launched a new podcast, The Impact Physician Podcast, and is releasing two eBooks. The first eBook will be released on September 1, 2018 and the second on November 1, 2018.

Mark is an excellent and dynamic speaker and presenter. He has developed the expertise to synthesize complex issues into simple explanations. He has the ability to develop and capture ideas, construct strategic plans, and act on the ideas by executing and carrying out the strategic plans.

Membership has its privileges.

If you become an Impact Physician Member, you will have access to great information and resources to help you navigate the complexities of business ownership. And it’s free!

In addition, you’ll also be able to download the free eBook, A Unique Way of Thinking: Business Ownership and the Art of Medicine.

Click the button below to learn about becoming an Impact Physician Member.

What does an Impact Physician believe?

An Impact Physician believes in these core principles

Where do I begin?